Hurricane Dennis is bearing down on the US Gulf Coast, expected to arrive in a couple of days. (I’m not sure about the timing…. I didn’t even realize there was a category 5 hurricane out there until yesterday.) As it turns out, the latest predictions have it heading down the same path that Ivan took last year, which would have it coming in right on top of some of my family in Gulf Shores, AL. We were in Gulf Shores in February and there was still immense damage from Ivan even six months after the fact – you can view some of my pictures of it here. Just scroll down and look under the “Gulf Shores” heading. 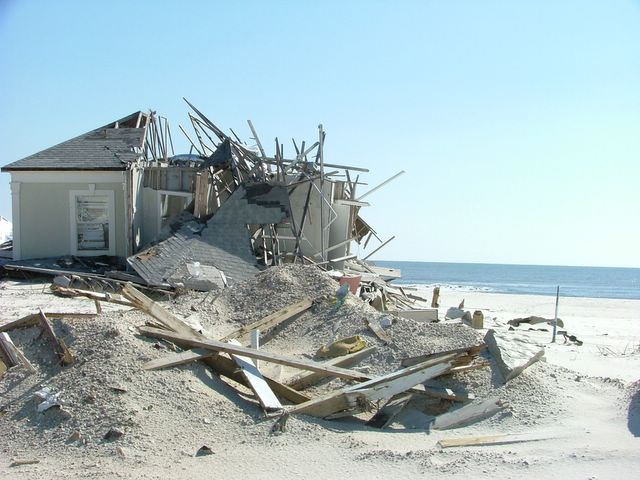 Thinking about it, I’m reminded of the summer of 1995, which I spent in Daytona Beach, FL. During my time there we had to be evacuated from the path of Hurricane Erin (which is also the name of my sister… interesting connection there…). We didn’t catch the full brunt of the storm but the little we saw was impressive.